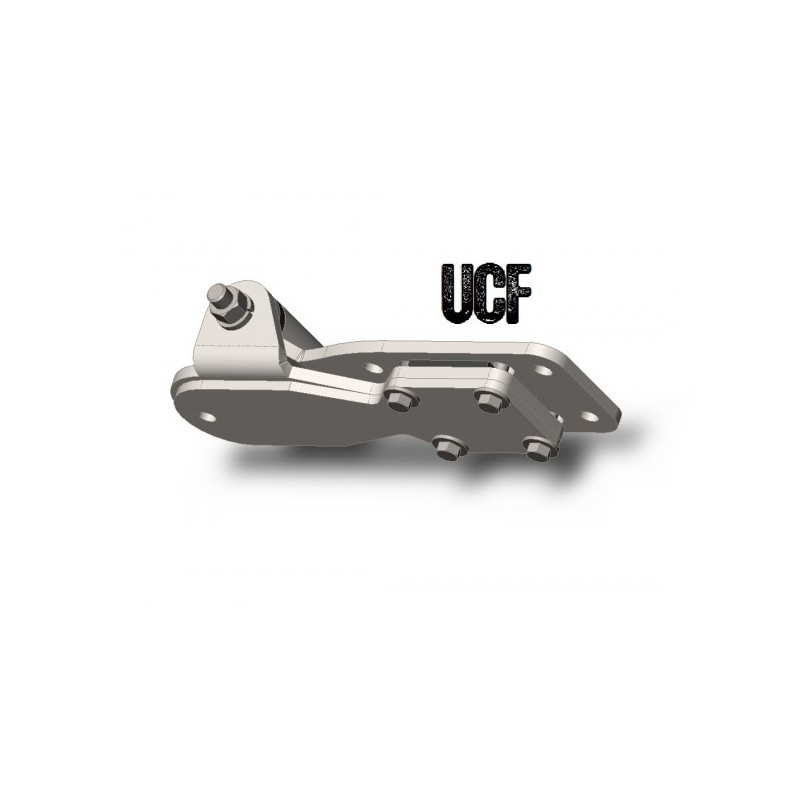 The UCF LOPRO Transmission Mount was designed to allow you to cheat.

For years people assumed you needed drop-down spacers for the stock transfer case skid so you can install a 3" suspension lift on a TJ - Not with the LOPRO mount!

Everyone also thought you needed a body lift to install a TT skid on a TJ - Not with the LOPRO mount!

There are many ways to take advantage of the clearance afforded by the LOPRO mount.  Some probably haven't yet been considered.

The new mount is a direct replacement for the factory transmission mount on the '97-'02 model TJ.  It is almost 3/4" shorter than the factory piece.  This lowers the transfer case down into the skid plate by the same amount.  That 3/4" of extra clearance can go far toward reducing metal-on-metal vibration and avoiding body lifts.  Some increase in felt drivetrain vibration should be expected with this transmission mount. (The LOPRO mount for the '97-'02 model will include a 1/4" thick spacer bracket that should be installed under the LOPRO mount to space the adjacent mounting bolt heads away from the skid plate.)

The LOPRO mount uses a combination of 2 rubber bushings to isolate the transmission from the skid plate. The first is a 3/16" sheet of soft rubber that separates the 2 halves of the mount. This pad provides tension so that the power-train can transfer energy to the secondary round bushing that's located on the outer edge of the mount when under load in forward gears. This secondary bushing is what really holds the mount together and what provides all the vibration isolation when in reverse.

Some modifications to the factory bracket that connects the transmission mount to the transmission will be necessary.  You will be required to shorten a flange with a sawzall or angle grinder.  The LOPRO mount will be shipped unassembled and unpainted.  You will need to paint all the bare steel parts and install the rubber bushing.

The LOPRO mount should not be used with automatic transmission in the early TJ because the adapter that attaches the transmission mount to the skid plate doesn't adequately support the bottom side of the LOPRO mount.

You will be forced to relocate the catalytic converter forward to make room for the rubber bushing on the passenger side of the vehicle.  The factory transfer case will interefere with the mount if you try to install it as intended on the later model TJs. 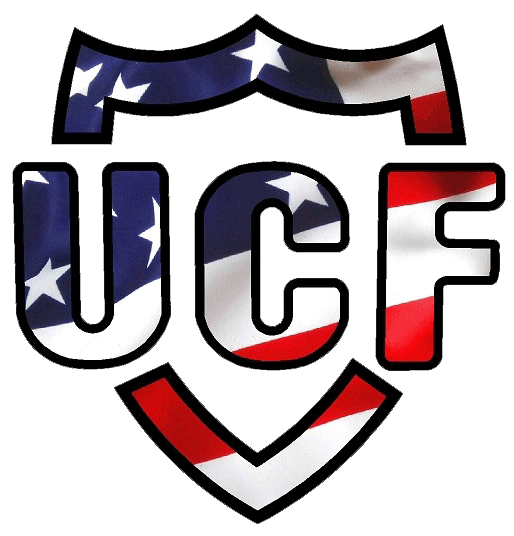 Be the first to write your review !

Write your review
6 other products in the same category: 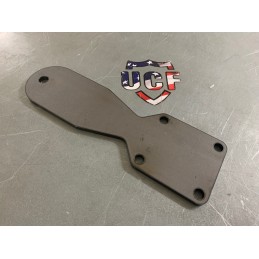 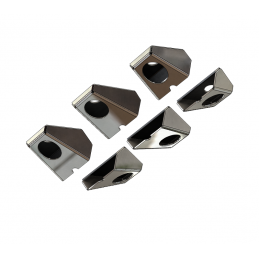 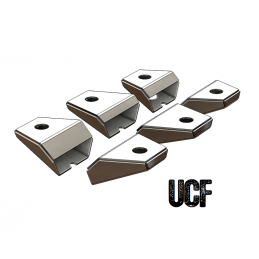 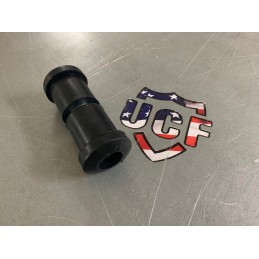 Replacement Round Bushing for the UCF LOPRO Mount 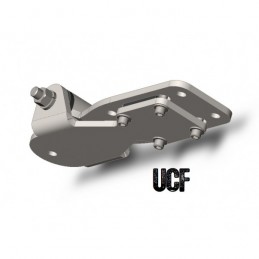 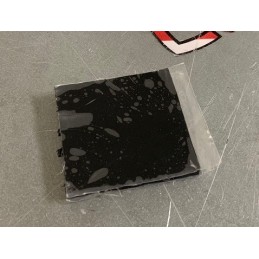